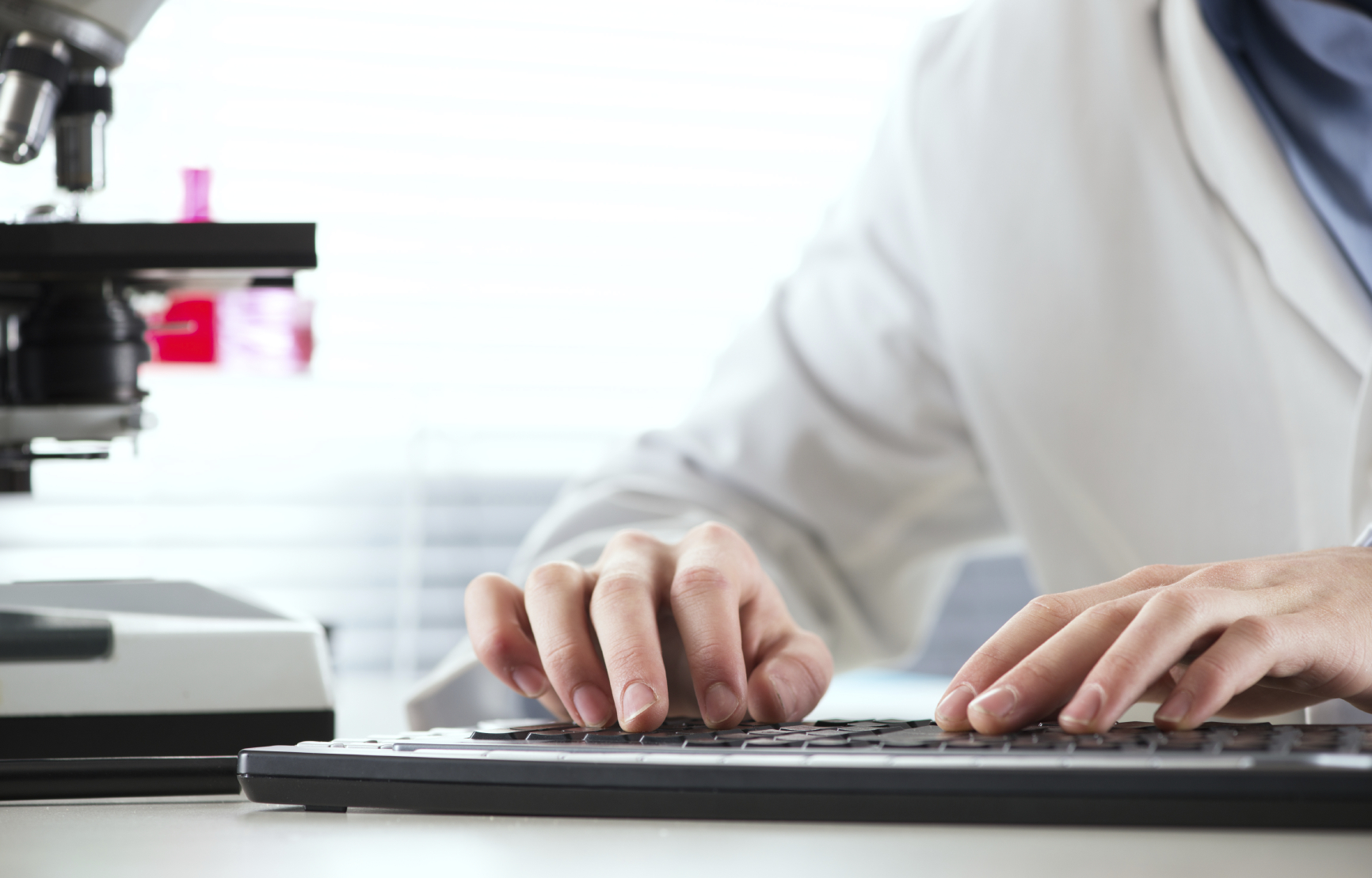 Computational modeling uses computer simulation of mathematical models to study the behavior of complex systems. NIMML uses computational models in combination with pre-clinical and clinical immunology experimentation to understand the dynamics of immunological networks leading to the characterization of novel mechanisms of immune modulation.

​Computational and Mathematical modeling approaches cannot replace traditional experimentation; however, they can be used to synthesize, organize and integrate diverse datatypes and theoretical frameworks to help generate new knowledge and target in vivo experimentation. Indeed, computer simulations of immunological processes can predict novel experimental behaviors, correlations and interactions between components of a complex system such as the signaling pathways controlling differentiation and function of Th cells, cellular interactions of different subsets during infection, or cellular populations forming specific lesions in tissues.

NIMML will also provide immunologists and infectious disease experts novel ways to study the immune system by making computational solutions easily accessible and user-friendly. NIMML will make computational resources seamless, invisible for routine analytical efforts and organize them as an evolving commodity that serves the immunology and infectious disease communities.

Current resources at the Core Computational Facility (CCF) at the Virginia Bioinformatics Institute (VBI) encompass more than 7.4 TB of RAM, 1860 processor cores distributed across 250 servers and clusters, and close to 4.3 PB of storage, including 20 nodes in the cluster purchased by the MIEP program, with a total of 240 cores and 960 GB of main memory. The centers host a storage area network ensuring high-speed data access and reliability. The largest system is Shadowfax, which is optimized for HPC in the life and medical sciences, a hybrid cluster with 912 processor cores, 5.4 TB of RAM, 40Gb/s InfiniBand network, 80TB parallel storage, 16 nVidia Tesla GPGPUs (7168 CUDA cores) and 3 FPGA based Convey HC-1 systems. Off-site data backup and recovery procedures prevent data loss in case of a disaster. The CCF provides the technical infrastructure for experimental data storage (high-throughput reporter assays, flow cytometry, transcriptomics sequencing, proteomics, ChipSeq). The live stats for resource usages of our data center can be monitored here.

To survey global transcript profiles, we will use a RNA-Seq pipeline based on Myrna 1 and customized Perl scripts. We will heavily use the computational infrastructure hosted at the Core Computational Facility at VBI for data analysis. An example of a supercomputer we will use is “Shadowfax”, which is a 240-core (Intel) computer cluster and has 64-bit, 960 GB of main memory, and 80TB of shared Panasas PAS7 disk space, which is owned in part by the NIMML. RNA-Seq provides greater resolution than expression microarrays and enables detection of new coding and non-coding transcripts, as well as splicing variants. The pipeline integrates short read alignment (Bowtie) with interval calculations, normalization, aggregation and statistical modeling. A minimal set of genomic intervals will be calculated such that all bases covered by the interval set are covered by all annotated gene transcripts. Reads will be aligned with Bowtie using quality scores and requiring that only reads with a single best alignment are retained. The sensitivity of RNA-Seq is a function of both molar concentration and transcript length. Hence, we will quantify transcript levels in reads per kilobase of exon per million mapped reads (RPKM-normalized, http://seqanswers.com/forums/showthread.php?t=586). The RPKM measure reflects the molar concentration of a transcript in the starting sample by normalizing for RNA length and for the total read number in the measurement 2. To test for differential expression, we will use moderated t-test with the Benjamini-Hochberg correction for False Discovery Rate (FDR). Gene Ontology will be analyzed with goseq R Bioconductor package [www.bioconductor.org] that is also integrated with KEGG pathway analysis. The most significant gene up- and down-regulations will be validated with independent biological sampling and taqman qRT-PCR assays. Synthetically ‘artificial’ RNAs will be generated (IDT-DNA) and spiked into RNA samples as internal normalizers before quantification.

Chromatin immunoprecipitation (ChIP) is a powerful technique to identify direct target genes via isolating DNA fragments bound by proteins followed by high-throughput sequencing. Illumina’s ChIP-seq protocol will be used for determining the genomic binding locations of transcription factors and changes associated with infection. Antibodies will be tested for their specificity and immunoprecipitation efficiency prior to CHiP. A typical ChIP-seq experiment delivers hundreds to tens of thousands of predicted locations (‘ChIP-seq peaks’) with resolution of ~50 bp of the predicted location 3. A single PC platform will be used to support seqMINER that integrates multiple ChIP-seq datasets as well as analysis and visualization modules, including estimates of tag densities over reference loci, enrichments, normalizations, and heatmaps 4. The peak-calling algorithm will be run on successively smaller random subsets of the set of sequence reads and the number of detected peaks will be plotted against the number of reads to test whether a library has reached a saturation point beyond which no new binding sites are identified. The empirical FDR will be estimated for each detected peak adopting methods from ChIP-chip 5.

In the last decade, microRNAs (miRNAs) have emerged as a new level of genome regulation in eukaryotes 6. miRNAs are short (19-24 nucleotides) noncoding RNAs that are processed from longer primary-miRNA transcripts. Mature miRNAs are incorporated into the RNA-induced silencing complex (RISC) where they typically recognize and bind to sequences in the 3’ untranslated regions (3’UTRs), leading to suppression of translation and/or degradation of mRNA. miRNAs are endogenous and are often coded by sequences located in intronic regions of the protein coding gene that they regulate. They can also be transcribed from intergenic regions, in which case their transcription is not directly coupled with the gene(s) they regulate. Although often associated with knock-down, as opposed to knock-out, miRNAs can also be involved in the upregulation of the genes they affect 7. Overall, miRNAs are involved in the regulation of at least one-third of the human genome and contribute to many, biological processes, including growth, differentiation, development and energy metabolism 6. There is accumulating evidence that miRNA play a critical role in immunity and inflammation. For example, such miRNAs as miR-146a and miR-155 are involved in the regulation of T- and B-cell development 8, differentiation and function 9. Misregulated miR-146a and miR-155 have been associated with various autoimmune diseases including SLE, RA, and MS. Distinct miRNA expression profiles have been found in Crohn’s disease (CD) and ulcerative colitis 10.

Next-generation sequencing allows the sequencing of miRNA molecules and simultaneous quantification of their expression levels. A GeneSifter 11 pipeline will be used to identify and quantify components of the sample, including miRNAs (employing miRBase v. 15) and piRNA (employing RNAdb 12). All reads are mapped against the mouse reference genome. To determine putative gene targets of miRNA, the EMBL-EBI Microcosm v5 database will be used. Additionally, precursor and mature sequences will be retrieved from MirBase v16 13 and entered into microRNAminer 14. Once each sample’s miRNA expression profile is characterized, pair-wise analysis between infected and control samples are conducted to identify the most differentially expressed miRNA. These likelihood ratio tests are conducted on log-transformed data that were normalized against the total number of reads per sample. TaqMan quantitative RT-PCR assays (Life technologies) will be used to validate differential representation of all candidate miRNAs, with synthetic spike-in RNAs as internal normalizers.