BLACKSBURG, Va., March 06, 2013 – A new study by researchers at the Center for Modeling Immunity to Enteric Pathogens (MIEP) at Virginia Bioinformatics Institute provides novel insight into how enteroaggregative Escherichia coli, also known as EAEC, interacts with its host. This new knowledge could be used by scientists to devise new therapeutic strategies against E.coli. The study was published in PLOS One.

EAEC infection is the most common cause of persistent diarrhea worldwide and is most frequently seen in malnourished children living in developing countries. Because these children are unable to mount an effective immune response to the bacteria, the infection often persists once it gains a foothold. A 2011 outbreak in northern Germany received international attention when it sickened more than 3,000 people, causing 53 deaths.

“In many parts of the world, the relationship between infection and malnutrition is a vicious cycle. For example, malnourished EAEC-infected individuals experience a chronic burden linked to growth retardation. Our study in mice suggests that promoting inflammation may help clear the bacterial infection soon after infection,” said Josep Bassaganya-Riera, a professor of immunology, director of the Nutritional Immunology and Molecular Medicine Laboratory and the principal investigator of MIEP.

The MIEP team created a malnourished mouse model of EAEC infection to investigate host–bacteria interactions. Previous studies have shown that activation of PPAR γ, a protein that aids in metabolic regulation, plays a crucial role in suppressing inflammation and regulating immune responses. When investigators blocked the function of PPAR γ in EAEC-infected mice, they observed that the animals developed a faster and more effective defense against the disease.

Studying EAEC and the ways in which PPAR γ can modulate immune responses in the gut may help researchers develop new therapeutic strategies to address such debilitating infections. This new work has enabled the MIEP team to test new therapies that may promote bacterial clearance. 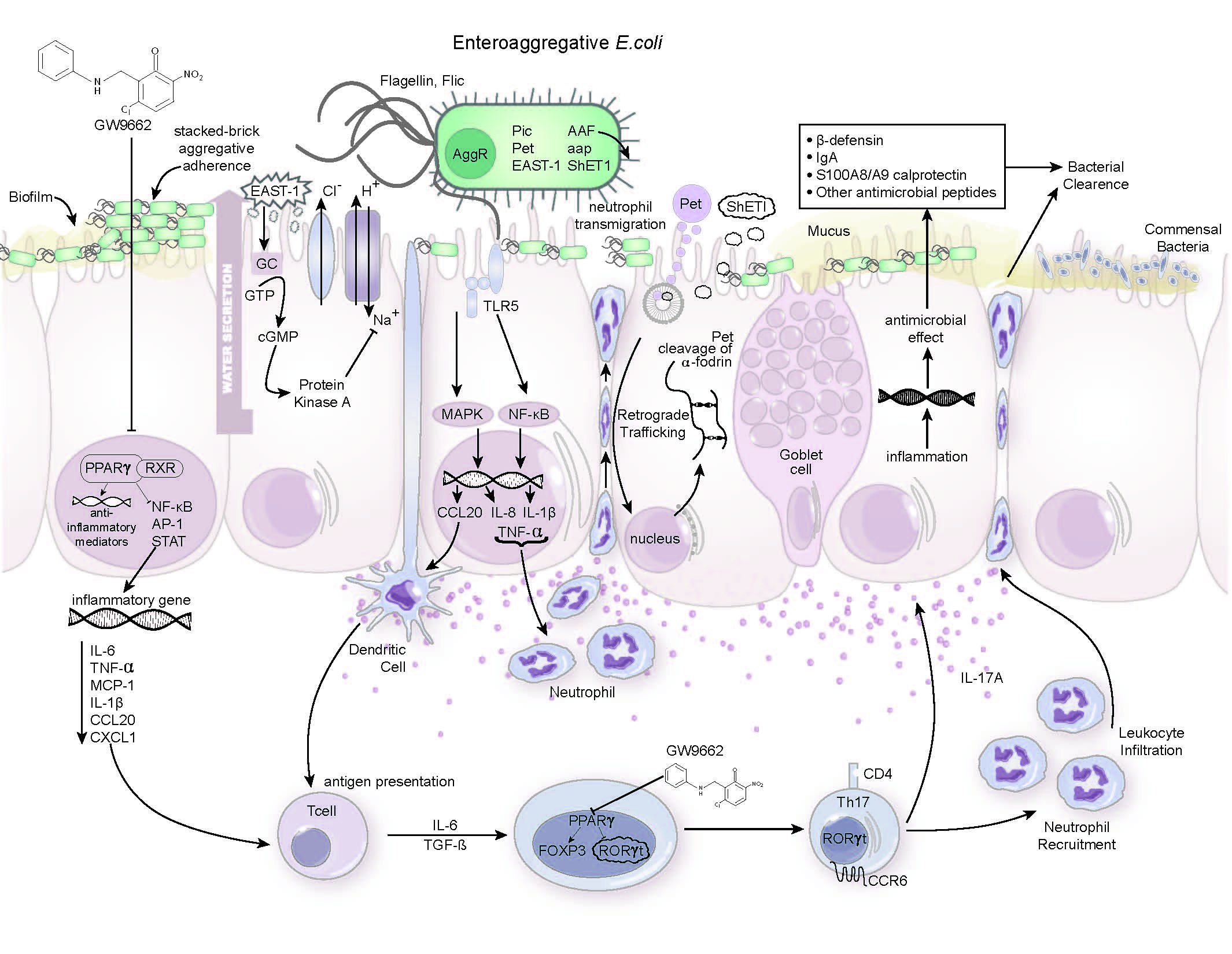 Learn more about prior VBI research on PPAR g.

Learn about how VBI helped annotate and positively identify the German strain of EAEC.