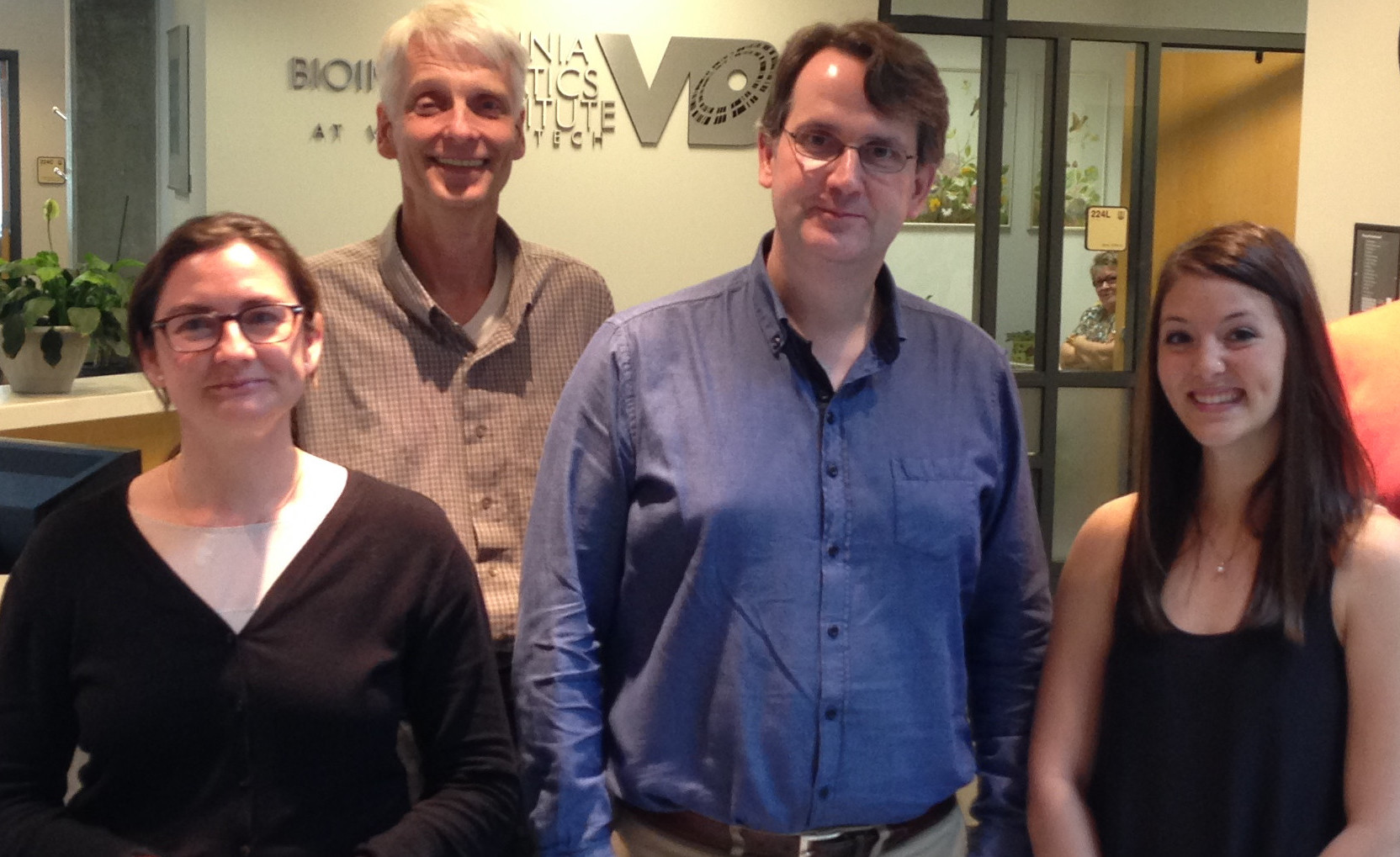 Dr. Casandra Washington Philipson, a NIMML alumna who graduated with a PhD in Genomics, Bioinformatics and Computational Biology (2015) will present her work on Exploiting Host-microbe Interactions as Agents, Devices, and Drugs to GBCB students and faculty. With a B.S. in Animal and Poultry Sciences from Virginia Tech in 2011, she joined the Nutritional Immunology and Molecular Medicine Laboratory (NIMML) as a research intern and continued as a PhD student in NIMML. Casandra is currently a researcher at the Naval Medical Research Center and Defense Threat Reduction Agency (DTRA) and her recent efforts focused on using experimental and computational approaches in Biodefense.

As a graduate student, Cassandra was involved in researching novel immune responses to Enteroaggregative E. coli and used computation modeling to better understand the time-course response of infection. Additionally, her work helped identify gene modules that were central in determining the impact of H. pylori on the host response. The computational simulations from her work identified that early onset genes that control a key checkpoint, namely NLRX1, to balance microbial burden in the gastrointestinal (GI) tract. She also worked on novel host-targeted therapeutics that harnessed the potential of immune tolerance, compared to antimicrobials, during infection with EAEC. Her research focus combined both experimental lab work and advanced computational modeling that aimed to target potential therapeutic drug treatments for enteric pathogens. The systems immunoinformatics research stemming from her graduate research at NIMML, contributed to over 15 manuscripts as well as guest lectures at the Modeling Mucosal Immunity summer school hosted by NIMML in 2014.

“Casandra exemplified a highly motivated researcher who integrated both advanced computational approaches and cutting-edge experimental techniques to accelerate the path to cures for infectious diseases. She was one of the top PhD students who graduated from NIMML.” Said Dr. Josep Bassaganya-Riera, Director of NIMML. “Casandra made key contributions to large-scale team science in immunology and infectious disease research in the context of the $12 million Center for Modeling Immunity to Enteric Pathogens, one of four national Modeling Immunity for Biodefense (MIB) centers funded by the National Institutes of Health.”

Advances in biotechnology are challenging international norms worldwide, contributing to an operating environment that is increasingly competitive and complex for the United States. Modern challenges can be binned into two overarching concerns: challenges that contest norms, and challenges that emerge from persistent disorder. As such, the possibility of biological incidents ranges from naturally occurring epidemics and antimicrobial resistance, to advanced engineering of microbial and human genomes. Irrespective of complexity, a central feature of all biological challenges is host-pathogen interactions. This necessitates projects that characterize microbes, as well as the host responses that facilitate the balance between pathogen and symbiont.

Casandra’s work focuses on next-generation sequencing projects that characterize environmental and human biomes as a strategy to improve therapeutics, diagnostics, and detection devices. Together, these programs demonstrate advances toward a long-term goal of enabling a strategic posture for national security against biological threats.

The NIMML tackles unsolved fundamental challenges in complex human diseases with unmet clinical needs. The NIMML combines advanced computational technologies such as computer modeling and artificial intelligence with pre-clinical and clinical experimentation to catalyze the translation of scientific discoveries into creative solutions to the most challenging problems in healthcare. NIMML is located in Blacksburg, VA.