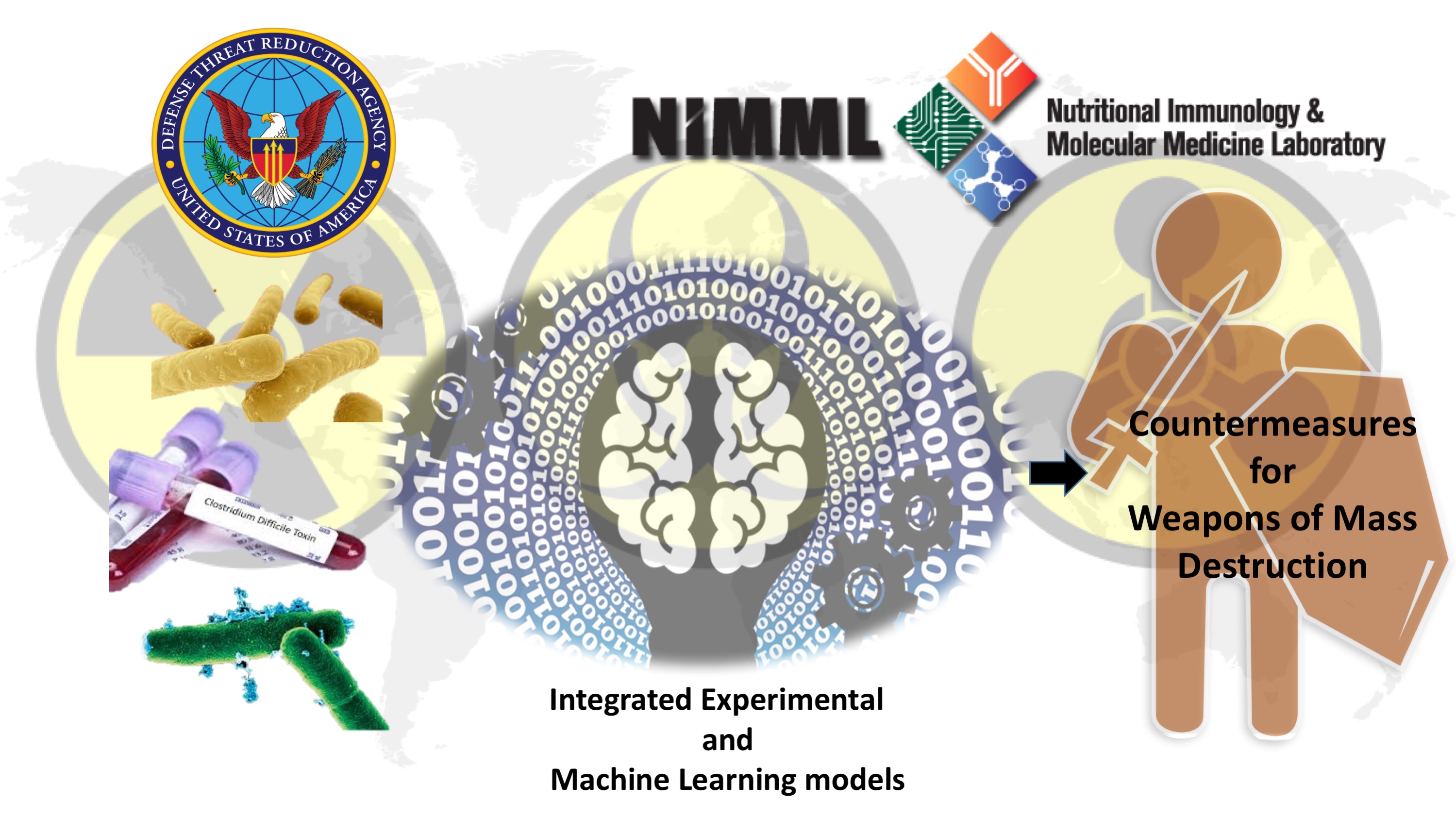 When Americans hear the word “bioterrorism,” they may be reminded of the series of anthrax attacks that followed in the wake of September 11, infecting twenty-two people and killing five. Exposure to the toxins produced by that bacteria can prove fatal in as few as three days, often presenting symptoms no more serious than a common cold.

Today, the Nutritional Immunology and Molecular Medicine Laboratory (NIMML) is collaborating with the Defense Threat Reduction Agency, or DTRA, and leading a proactive effort to ensure a fast, effective response to any future bioterrorist attacks. With $1.7 million in newly awarded funding, a research team at the NIMML at the Biocomplexity Institute of Virginia Tech will lead a 5-year project to develop a system a public health official could use to immediately identify the best treatment strategy for anyone exposed to a toxic biological agent.

“Recent advances in data analytics and artificial intelligence systems are fundamentally transforming our ability to personalize treatments to the specific needs of a patient under treat-to-target paradigms,” said Josep Bassaganya-Riera, Director of the Biocomplexity Institute’s Nutritional Immunology and Molecular Medicine Laboratory. “Our goal in this project will be to leverage the power of modeling and advanced machine learning methods, so a group of people exposed to a harmful pathogen or its toxins can receive faster, safer, more effective and personalized treatments.” By using similar advanced computational approaches in combination of translational methods, the NIMML team recently launched Landos Biopharma, an emerging biotech company that develops oral therapeutics for autoimmune diseases. The team has the expertise and capabilities to move new therapeutics from the discovery stages into clinical testing.

The progression of an infection can vary greatly depending on a host of factors, including the type of pathogen, how individuals were exposed to it, and in what quantity. Rather than relying on a standard response plan which may not suit the specific conditions of a biological attack, the Virginia Tech team aims to empower DTRA officials with a system capable of quickly generating customized treatment strategies.

This project will build on systems previously designed by NIMML to leverage the power of computational modeling to accelerate the development of new therapeutics for infectious diseases and create tailored treatment plans for patients infected by the toxin-producing bacterium, Clostridium difficile. In 2015, the Centers for Disease Control reported nearly half a million Americans had suffered from this disease—29,000 of those cases resulted in death within a month of diagnosis.

Researchers at NIMML will design computational models of C. difficile infection including a variety of elements like toxins, anti-toxin antibodies or a patient’s response to a treatment. These models will be then applied to infections with select agents that use similar components like for instance Bacillus anthracis and anthrax toxin or the bacteria that causes botulism.

“Our computational models are used as platforms for integration of results obtained in the lab and clinical data from patients. In the event of an attack, they could be used to evaluate in real time the particular characteristics of the outbreak and accelerate the choice of treatment.” Said Raquel Hontecillas, Associate Professor and NIMML co-director who will be leading this program.

“We’ve spent the past decade building research programs such those pioneered by the NIMML that are collaborative, data-intensive, and backed by the latest in high-performance computing technologies,” said Chris Barrett, Executive Director of the Biocomplexity Institute. “Our solutions are designed to be flexible so that during a crisis, when conditions on the ground are constantly changing, our partners can apply them with confidence. Leveraging advanced computational methods to accelerate the development of coutnermeasures for weapons of mass destruction is one more example of the adaptability of our technologies.”

The Biocomplexity Institute regularly conducts research through federal, state and industry grants and contracts. This award is part of the institute’s portfolio of research programs that has received more than $103M in new awards in the first half of FY 2018.