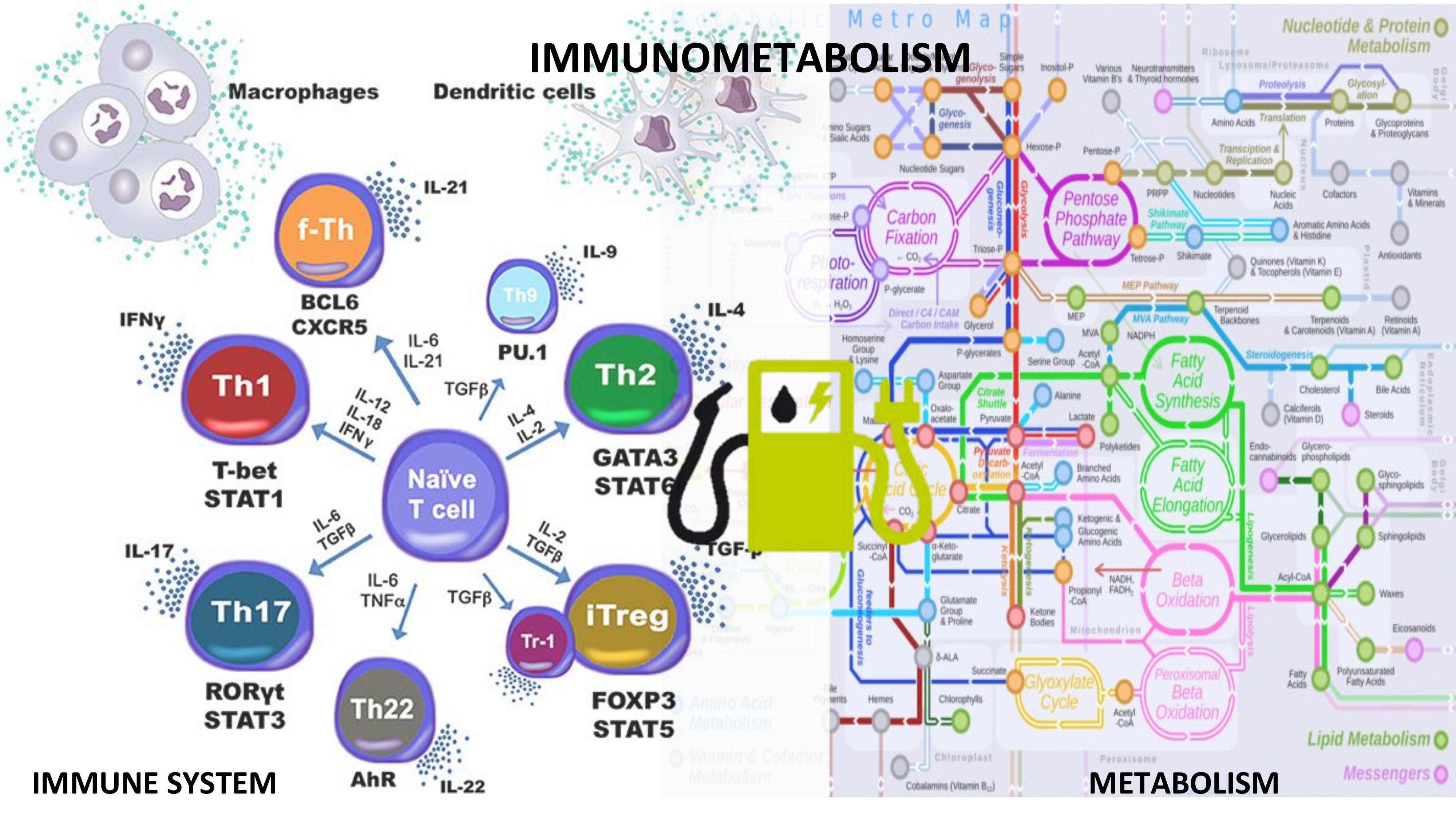 Reprogramming immune responses through metabolic changes shows promise in the treatment of autoimmune diseases. Metabolic changes are highly linked to cell activation and functionality during immune responses. The most dominant forms of metabolism in immune cells are glycolysis, fatty acid oxidation and synthesis and the coupling of amino acids to these processes. The need to produce energy is inherent to all cells within the body, however, upon initiation of the immune response, activated cells undergo a significant metabolic switch to meet their increased energy and structural requirements for cell proliferation. Therefore, inflammatory/effector, regulatory and memory cells have distinct patterns of metabolic preferences across immune cell subsets. For example, activated effector T cells have an anaerobic metabolism characterized by increased glucose metabolism and lactate production while oxidative pathways are suppressed, whereas regulatory T cells leverage Krebs cycle and oxidative phosphorylation.

A key challenge in immunometabolism is the integration of datasets and procedural knowledge pertaining to disparate fields. Computational and mathematical modeling can be used to quantitatively study dynamic processes located at the interface of immunity and metabolism. Multiscale modeling can help integrate immune cell differentiation simulations and metabolic pathways to build systems-level immunometabolic frameworks.

We identified molecular targets such as PPAR, NLRX1 and LANCL2 that reside in the crossroads of immunity and metabolism. NIMML published a study in Journal of Immunology, wherein it was shown NLRX1 role in the regulation of glucose metabolism in T cells. Interestingly, when metabolic effects of the NLRX1-/- were impaired, the increased proliferation and differentiation reported in NLRX1 deficient cells was abrogated. Moreover, an altered amino acid metabolism in NLRX1 deficient epithelial cells leads to impaired barrier function, and increased disease severity in a model of inflammatory bowel disease. The use of multiscale modeling frameworks can increase the predictability and systems-wide mechanistic understanding as to how the immune cells are activated, maintained, and transformed based on their metabolic needs. The immune-metabolic model could include different pathways and their linkages to study the changes in host response and predict the cellular phenotype based on environmental conditions. The models can be used to assess how metabolic reprogramming by new therapeutics result in therapeutic outcomes in autoimmune diseases and immunoncology.

New Insights on NLRX1 as a New Therapeutic Target for IBD

Modeling the role of LANCL2 in regulating Helicobacter pylori-host interactions

Artificial Intelligence: The Next Revolution in Healthcare and Precision Medicine